Location: Zoom (link will be provided when you register) 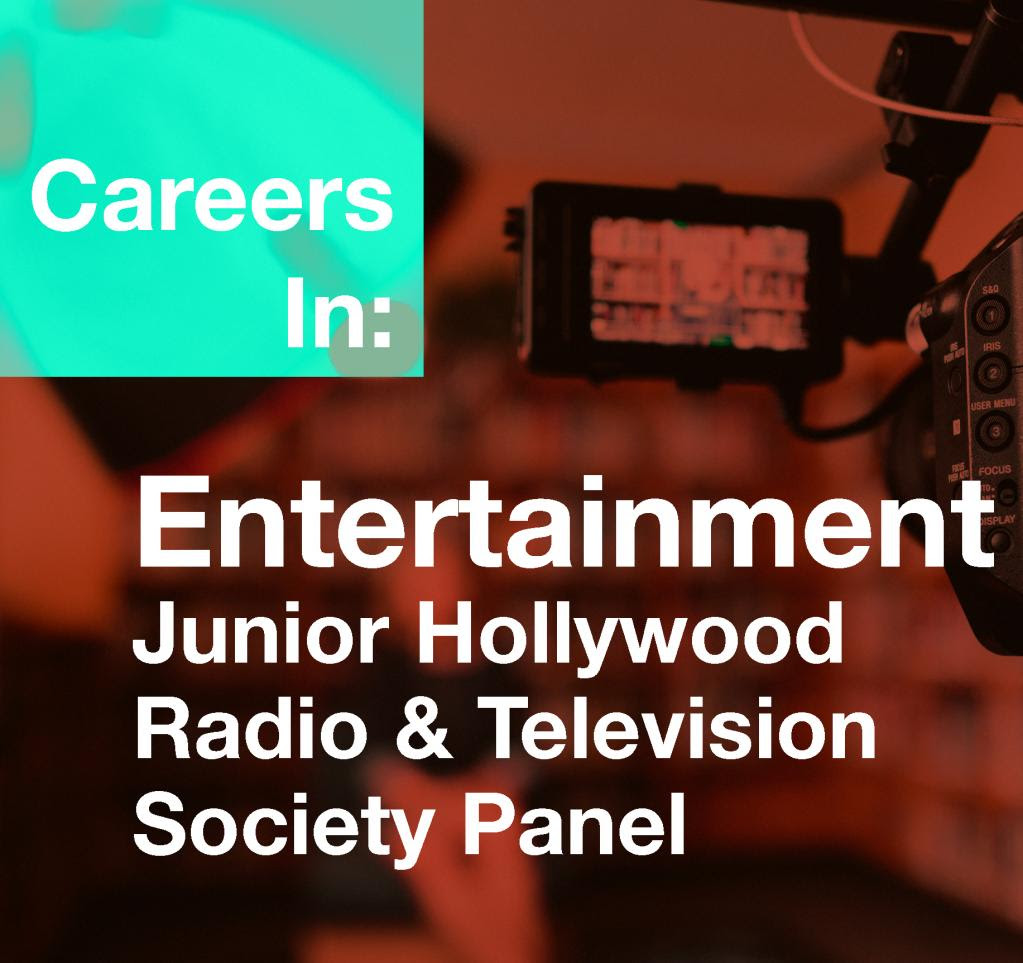 Are you interested in a future career in the entertainment industry?

If so, don't miss this special panel hosted by the Junior Hollywood Radio & Television Society (JHRTS). Hear from young professionals in the industry to gain valuable insight into this exciting and fast-paced field. Panelists include:

Mikayla Baiocchi (UMD ALUM)
Mikayla is a writer and filmmaker living in Rhode Island. She studied Multiplatform Journalism at the University of Maryland and, immediately after graduating in 2017, started pursuing a career in film and TV. She is currently the assistant to two producers on an AMC Networks show and has also logged time with Bad Robot, the Academy of Motion Picture Arts and Sciences and Machete Productions. When she isn’t working on a legit television show, she is busy working on one of her own, illegitimate projects (like her web series).

Jenn Ficarra (Former Co-President of JHRTS)
Jenn Ficarra is a writer based out of Manhattan. She graduated from Boston University in 2013 with a Film & Television degree and has been working in the industry since. Jenn has had various plays produced off-broadway, her most recent work One Thousand & One premiered in early 2020. Her digital writing has been featured on Bustle, babe, The Financial Diet, and HuffPost and she is currently working on her latest feature script.

Adam Gold (UMD ALUM)
Adam Gold is a comedy producer living in Brooklyn. He studied Communication (PR) at the University of Maryland and moved to NYC upon graduation. After working for the New York Comedy Festival, he landed a job at CollegeHumor as an executive assistant and climbed the ranks to production coordinator where he booked talent and produced CollegeHumor Live. Currently, Adam is the talent & development manager for Rizzle, a short-form video platform akin to TikTok.

Jillian Holch
Jillian Holch recently became the TV Literary Coordinator at A3 Artists Agency after starting at A3 in 2019 as an assistant for a Film/TV Literary Agent. Prior to that she was an assistant to an Executive Producer at Sony Picture Television. Jillian is a proud graduate of Cornell University.

Chris Bruce is the Senior Production Coordinator for MTV Entertainment Group’s East Coast Production Management Team based out of New York City. Chris has been with the Production Management team since 2016 and has worked on series such as: Catfish, Teen Mom, Jersey Shore: Family Vacation, The Challenge, and many others. Prior to diving into the logistical planning that is Production Management, Chris worked in development in Los Angeles on many MTV projects including True Life: I’m GenderQueer which was nominated for a 2016 GLAAD Award. Prior to MTV, Chris worked in Development at Banca Studio, Renegade 83 and interned at the Gersh Agency. Chris has worked in the field in both creative and production roles and holds a Master’s Degree in Television, Radio & Film from Syracuse University’s Newhouse School of Public Communications as well as a Marketing Degree from the University of Delaware.

For additional information about this event:

Posted by Program Director for Experiential Learning at 2:05 PM